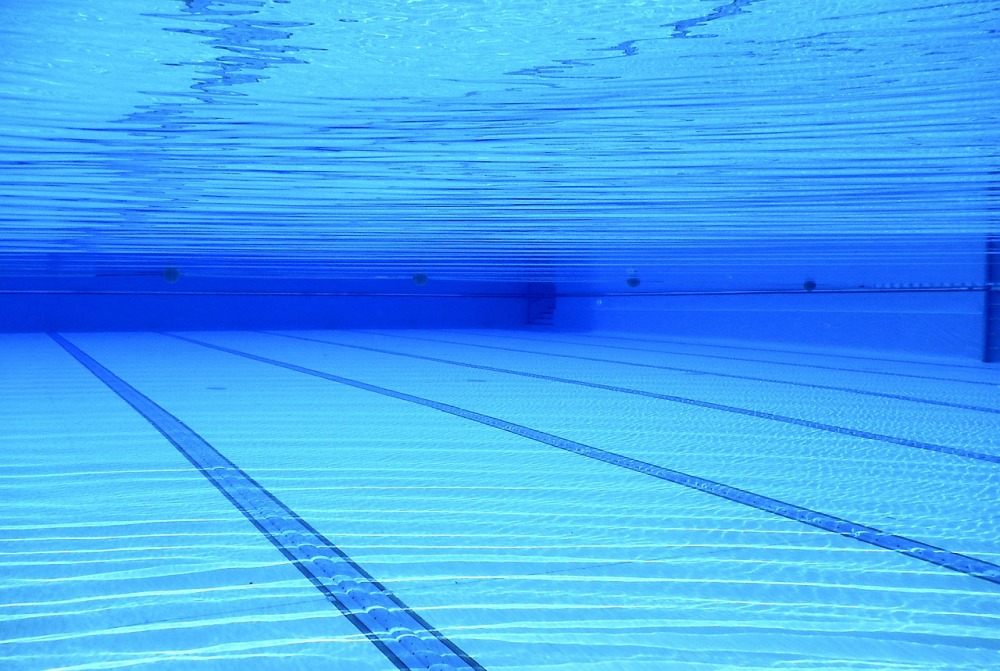 Yesterday I swam 2000 meters in a row for the first time in my life. It took me around 54 minutes, which is not very spectacular by any standards. What makes it more significant, however, is that mere two years ago I had a hard time getting from one end of the pool to the other. I attributed my deficiencies in the water to challenges in breathing because of asthma, which turned out to be complete BS.

In my early 20s I decided that I want to master the element of water. I saw myself doing mornings swims in the ocean, and participating in the Ironman competitions, which inspired taking action. Probably one of the events that sparked the ultimate change was watching a TED talk by Tim Ferris, where he described his own journey to mastering the skill of swimming. I could easily relate to his story and made the commitment to give it a try. My progress certainly wasn’t linear nor always easy, but I can say with clarity now – it was totally worth it. For example I’ve since gotten the PADI scuba diving licence, which would have been totally impossible few years back.

In this article I will lay out the biggest mistakes I made and how you can avoid them. The goal is to provide inspiration and practical tips to anyone who’s struggling the same way I was. This is not meant to be a comprehensive or scientific list, but rather a bunch of lessons from someone who’s been there and learned the hard way.

My tips for mastering water

It might surprise you, but it’s very hard to get good at swimming without actually being in the water. Commit to hitting the pool at least once or twice per week, depending on how fast you want to see results. If you’re having trouble with this, try to pin-point the reasons behind your in-action and work on that. Is it the lack of time, distance to the nearest pool, or perhaps the thought of cold water? Personally I hated the first feeling when you plunged into the cold water. To counter this, I warmed up out outside the pool with squats, jumps, push-ups and even sauna.

I believe as humans we have an inherent fear towards water, and it fires up once we’re underneath. Unless you´re used to feeling, being inside a transparent liquid feels unnatural and our built-in instinct is to stiff our muscles and be ready to fight or flight. However, this reaction will eat up your oxygen reserves in a blink of an eye and disrupt your breathing pattern. Even after significant practice, this is something I still have to consciously control. Letting go of the tension and enjoying the sensation of gliding inside the water is a great feeling once you get there.

Assuming you’re not going for speed, try to avoid using your legs too much while swimming. Being some of the biggest muscles you’ve got, they also take up a lot of energy and oxygen when used. Instead, use your hands to scoop the water and body to push you forward. The legs will naturally follow suit and help you with the rotation of the torso necessary to easy breathing. On a related note, don’t use your hands like a windmill. It’s extremely draining to keep your arms straight when scooping underwater. Instead, think of yourself crawling on the ground, hands taking you forward close to your body. 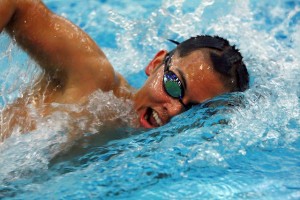 Being as streamlined as possible while swimming is quite self-explanatory, but it’s easy to forget it when your lungs are gasping for air. I still keep raising my head way to much disrupting my whole posture. If you look at the picture on the right, you’ll notice that the head of the swimmer is in straight line with the rest of the body, instead of reclining for air. This is only possible if you’ll rotate your torso accordingly with each stroke. One exercise that has helped me with this issue is swimming sideways with the bottom hand straightened and upper hand on your side. This will get you comfortable with the weird perspective and the feeling of water entering your ears.

Going back to point #2, relaxing your body enables you to focus on your breathing. Similarly to diving, the important part is to never stop breathing. In diving holding your breath can explode your chest and in swimming it will mess up your rhythm. Breathing calmly not only allows you to multiply the distances you can swim, but yields benefits in other areas. It turns swimming into a meditative experience and makes the whole experience that much more enjoyable.

Spending a little extra to get professional feedback will skyrocket your learning. Especially in the beginning, you might be just end up hard-wiring all the wrong tecniques making it harder to get back on track later. A good coach will see your mistakes in an instant providing awareness of your own mistakes. This is probably the most valuable aspect of getting a coach, since this awareness will allow you to keep correcting your own mistakes even in the absense of someone else. For those living in Finland, check here for a warmly recommended coaching.

When I started my swimming “career”, my goal was to become a better swimmer. As I now know, that was way too vague and more of a wish, and the results were corresponding. A real goal is a target state, which is measurable and has a deadline. In the beginning of this year I set myself a set of goals, and one of them was swimming 2000 meters without taking a break, accomplished before the end of the year. At the time, I had only managed to swim about 500 meters. Strangely enough, when my deadline started to approach this fall, things began to happen. I didn’t want to let myself down, so I took action, which got me where I am today. It’s quite a feeling once you reach a goal that you initially though would be almost impossible. Success has a tendency to overflow to other areas your life. Once you’ve undergone the process with one skill or goal, it becomes that much easier with anything else.

As with everything in life, it’s not about the destination but the journey. Relish the feeling of becoming friends with the element that covers most of our planet. Reap the benefits and jump in opportunities to plunge in a lake or a sea when you get the chance. Explore the underwater world on vacations. Indulge in the feeling of weightlessness. Admire the power of the oceans. Anyone can become a decent swimmer. Heck, I’ve seen people with one hand in the pool. It’s a fat cliché, but if they can do it, so can you.

Challenge yourself, and become a better version of who you are today. Someone, who’s conquered the water.